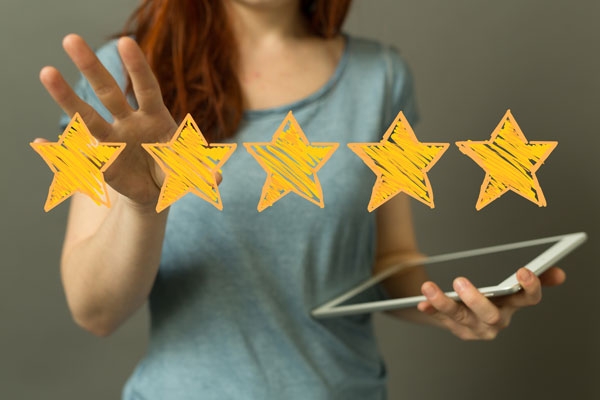 This week, an investigation by Which? uncovered thousands of (probable) fake product reviews on Amazon. What does this mean for the retailer, who has successfully held a comfortable lead ahead of other e-tailers, in large part to their focus on reviews?

According a BBC report, “Thousands of [Amazon] reviews were unverified, meaning there was no evidence the reviewer bought the product.” Of the 12,000 reviews inspected, 87 percent were unverified purchases. The investigation also found hundreds of automated 5-star reviews that were posted on the same day to skew customer perception.

In September of 2018, the web-based giant launched a new type of brick-and-mortar, bridging the gap between online and in-store. “Amazon 4-star,” has locations in Colorado, New York, and California, and features merchandise that is rated 4 stars and above, is a top-selling product, or is “new and trending.” But what who is really doing the rating?

Amazon explains that it is using automated technology to identify and remove fake reviews. “[Amazon] said it invested ‘significant resources’ to protect its review system ‘because we know customers value the insights and experiences shared by fellow shoppers,’” according the BBC report.

With increased access to technology and social sharing, reviews have offered consumers enormous power to sway purchases of prospective customers. A ZenDesk research report found that 88 percent of customers have been influenced by an online customer review while shopping.

But e-commerce sites aren’t the only place consumers are sharing their opinions. “YouTube product review videos have paved the way for a new wave of influencers who aren’t necessarily beauty experts or daily vloggers, but who have #gs.5nk7cm">trusted voices and opinions on toys, technology, and more,” says Mediakix. “Though relatively straightforward, product reviews and ‘unboxing’ videos—videos where creators literally open packages to give viewers a detailed look at what’s inside—are some of the most popular videos on YouTube.”

Even though impressive merchandise sales can be fueled by reviews, many retailers still aren’t offering their shoppers the opportunity to share their feedback on their purchases. “They figure the only people who will write reviews of their business or products will be people who want to share a bad experience,” says Bob Phibbs, the Retail Doctor.

Share your off-price product and vendor reviews today on OFFPRICE365. Or, uncover apparel, footwear, and accessories your customers will give 5 stars at an upcoming OFFPRICE Show, June 10-11 in New York City, or August 10-11 in Las Vegas. Registration is now open online. For questions, reach out to Mikaela Kornowski, Buyer Relations Manager, at 262-754-6910.